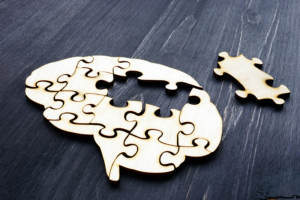 With so much negative news in the forefront of 2020, it is worth reflecting on a number of the wonderful achievements the year brought – most notably the advancements in Alzheimer’s disease research. Katie McDonough, director of programs and services for the Alzheimer’s Association, shares, “There are many things that we’re learning and it’s an exciting time for Alzheimer’s research.”

The following are just a few of the milestones reached that are taking us ever nearer to a cure:

At Generations at Home, we are committed to following the current research on dementia, as well as on providing the cutting-edge, highly skilled care that helps those diagnosed with dementia live to their greatest potential. Whether the need is for full-time care, or simply several hours every week for trusted respite services, reach out to us for an in-home assessment for more information on how we can help. 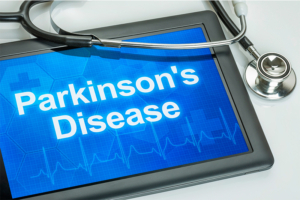 Researchers at the UC San Diego School of Medicine who believed they were analyzing connective tissue cell protein received quite a shock when they alternatively stumbled upon a therapy to eradicate the observable symptoms of Parkinson’s disease in mice. Not just that, but the treatment might be useful in various conditions that call for the need to replace damaged tissue: diabetes, spinal cord injuries, perhaps even heart problems.

The research centered on a siRNA technique, in which researchers grew fibroblasts (a kind of connective tissue cell) in petri dishes while silencing the protein PTB. After a few weeks, they were surprised to learn the majority of fibroblasts had converted into neurons.

Lead author of the study, Xiang-Dong Fu, explained, “Researchers around the world have tried many ways to generate neurons in the lab, using stem cells and other means, so we can study them better, as well as to use them to replace lost neurons in neurodegenerative diseases. The fact that we could produce so many neurons in such a relatively easy way came as a big surprise.”

The research team then decided to test their new theory on Parkinson’s disease in mice, finding that it completely restored movement and functionality for the remainder of the mice’s lifetime – even those with an advanced case of the disease.

Obviously, the process to figure out if these results transfer to humans will take time and extreme care to be certain of safety. Nonetheless, for individuals struggling due to the disease and other neurodegenerative conditions, it is cause for hope.

As Fu says, “It’s my dream to see this through to clinical trials, to test this approach as a Parkinson’s treatment but also many other diseases where neurons are lost, such as Alzheimer’s and Huntington’s diseases and stroke. And dreaming even bigger – what if we could target PTB to correct defects in other parts of the brain, to treat things like inherited brain defects?”

As we look forward to the next steps in this significant breakthrough, you can trust Generations at Home for professional, highly skilled home care for individuals with Parkinson’s disease. A few of the various ways we can help include:

To learn how we can help a senior you love with in-home care needs, reach out to us at 727-940-3414 and request a free in-home consultation.