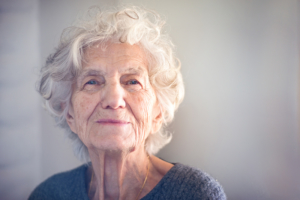 An individual who exhibits memory loss, confusion, poor judgment, repetition, and challenges with performing daily activities has the telltale symptoms of Alzheimer’s disease, right? As a matter of fact, what seems to be an obvious case of Alzheimer’s may in fact be a recently discovered dementia.

Known as LATE, or limbic-predominant age-related TDP-43 encephalopathy, this condition presents with almost the same symptoms, but the root cause is another story. Rather than the buildup of amyloid plaques and tangles inherent in Alzheimer’s, LATE is distinguished by deposits of TDP-43 protein, as reported by Dr. Julie Schneider, associate director for the Rush Alzheimer’s Disease Center.

And TDP-43 protein troubles are in fact quite common in elderly people, with as many as one out of four older people over age 85 affected enough to cause obvious cognitive and/or memory problems. Nevertheless, it remains an under-diagnosed condition, which could lead to misdiagnoses, and consequently, inappropriate treatment plans.

The most up-to-date recommendations call for those who have been diagnosed with LATE to be removed from Alzheimer’s medication research, focusing research alternatively on establishing biomarkers to better detect LATE, to locate therapeutic intervention methods, and to increase testing to include a broader array of diverse populations, in an effort to increase both prevention and treatment.

Understanding the differences between both types of dementia is paramount to the best treatment, and per Dr. James Pickett, head of research at the Alzheimer’s Society, “This evidence may also go some way to help us understand why some recent clinical trials testing for Alzheimer’s disease have failed – participants may have had slightly different brain diseases.”

Key aspects of LATE include:

Whether Alzheimer’s disease, LATE, or some other form of dementia, Generations at Home offers the highly customized, skilled and creative caregiving that can help seniors live the highest possible quality of life where it is most comfortable: at home. Our care aides are thoroughly trained and experienced in helping those with dementia, along with helping family caregivers, to more fully manage the varying challenges experienced in each stage.

Call us any time at 727-940-3414 to inquire about further dementia care resources, find answers to the questions you have, or to schedule an in-home consultation to learn more about how we can help a family member you love with dementia.