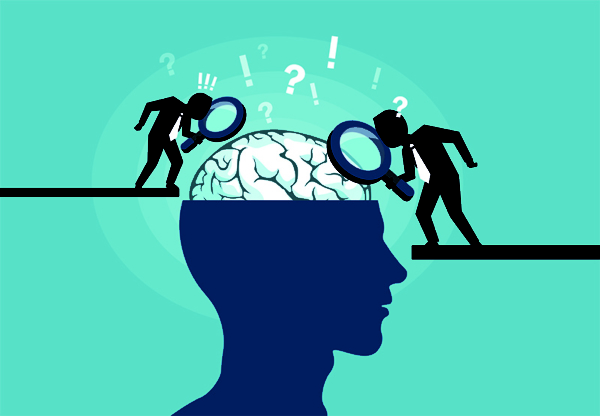 After sixteen long years without having any truly viable treatment options for Alzheimer’s, there is some hope on the horizon, in a stunning reversal regarding the previously-rejected antibody therapy, aducanumab. The most recent research shows that large quantities of the medication do, actually, lessen cognitive decline at the beginning stages of Alzheimer’s.

As stated by Rebecca Edelmayer, director of scientific engagement at the Alzheimer’s Association, “It could be a game-changer for the field. It could be one of the first disease-modifying therapies approved for Alzheimer’s disease.”

Biogen, the maker of aducanumab, has discovered noticeable benefits for dementia patients in a number of areas: activities of daily living, memory, language, and orientation. Biogen stated its plans to pursue regulatory approval in the United States, with a long range aim of releasing the medication internationally.

With a forecasted request for approval by the FDA as soon as early 2020, the medication is slated to potentially become the first treatment method to actually reduce the clinical decline of Alzheimer’s. Likewise, it will open doors to other treatment options that impact amyloid beta plaques, connecting other trials that target the immune system, inflammation, blood vessels, and synaptic cell health. As discovering the most effective treatment of the disease is a challenging endeavor, it’s expected that a mixture of these treatments will be essential, according to Edelmayer.

The next challenge? Convincing the FDA to approve the medication after earlier failed trials. If approved, aducanumab will first be provided to individuals who had signed up for previous clinical trials, and hopefully, soon offered to other individuals dealing with the problems of Alzheimer’s as well.

For the nearly six million senior Americans battling Alzheimer’s (and that figure is expected to more than double in the next 30 years), and the loved ones who take care of them, these current findings could very well be life-changing, as there are currently only minimally effective symptom-management medications available. Even as we wait for a cure, we at Generations at Home are ready to help dementia patients through highly skilled, trained, and qualified caregivers who utilize creative, therapeutic approaches that focus on each person’s distinct strengths and making sure that each individual is living to the fullest.

For more information regarding highly effective Alzheimer’s care that helps strengthen quality of life in the comfort of home, reach out to the dementia care professionals at Generations at Home at 727-940-3414 and ask for an in-home assessment or additional useful resources.

When communicating with a loved one with Alzheimer’s, it is helpful to use a range of nonverbal communication methods.

Connecting with a cherished older adult struggling with Alzheimer’s, especially in the middle and later stages, is often discouraging – both for you and also for your loved one. Brain changes affect the ability to listen, process, and respond appropriately to conversations, and it’s up to us to put into action new methods of communicating to more effectively interact with a senior loved one with dementia.

What’s promising is, it is easier than it may look. We already communicate nonverbally in a variety of ways:

Take a look at these techniques to include nonverbal communication in your interactions with a senior loved one:

Learn more creative methods of effective Alzheimer’s care by getting in touch with Generations at Home. Our care providers are specially trained in the most current Alzheimer’s care techniques, and we’re always available to assist a family member with dementia to remain safe and calm, and to enjoy life to his/her greatest possible potential. Reach out to us at 727-940-3414 at any time for assistance.

Dementia can cause irrational thoughts.

“I’m telling you, there is a dog in my closet! I hear it growling all night long. We have got to find its owner!”

Hearing a senior loved one express worries such as this that you know to be untrue is unsettling – yet not abnormal. Your very first impulse could be to attempt to rationalize with the person with a response such as, “Nonsense! There’s not a chance a dog may have gotten into the closet!” All the same, for several different reasons, this can be the least successful option to handle irrational ideas and behaviors within the senior population.

Alternatively, at Generations at Home, we suggest the following strategies to help restore a feeling of calm and wellbeing:

For additional suggestions about assisting your parent through obstacles with aging, dementia or chronic illness, reach out to the senior care experts at Generations at Home. We’re always available to answer any questions, share resources specific to the challenges you are encountering, and to provide a free of charge in-home consultation and development of a customized care plan to improve quality of life for a senior loved one. Reach out via our online contact form or call us any time at 727-940-3414.

Learn what commonly used sentiments are better left unsaid when a loved one is facing a health crisis.

Have you ever walked in to the office or a get-together with friends or family and had someone say to you with great concern, “You really look tired today!” Even though you were feeling relatively perky prior to that moment, suddenly you really DO feel exhausted and rundown. The words we use with others in addition to the ways in which we interpret them are powerful. When addressing individuals who have a chronic health condition, it’s important to thoughtfully consider what to say, and perhaps most importantly, what NOT to say, to help the individual feel his or her best.

While we are most certainly well meaning, there are comments which are better left unsaid. Blurting out a less-than-sensitive comment, according to Mindy Beth Lipson, a Phoenix psychologist, occurs because, “I think people are just scared and nervous and don’t know how to respond. There might be several reasons, the first being it brings up their own mortality. Some people also just lack empathy.”

Following are several statements to remove from your vernacular when communicating with persons going through a health crisis:

Your very best bet is to permit the person the opportunity to talk about (or not to talk about) his or her experience and thoughts, hold the person’s hand if it’s welcome, give a pretty bouquet of flowers or other small present or treat, and just offer your affectionate, loving presence and encouragement.

To get more detailed care tips, and for hands-on advice about specialized care in the familiarity of home, call on Generations at Home. We provide expert, caring services for everyone confronted with a health crisis that delivers comfort and peace through companionship, assistance with meal preparation and housework, transportation to medical appointments and procedures, running errands, and so much more. Call us at 727-940-3414 to learn how we can help.