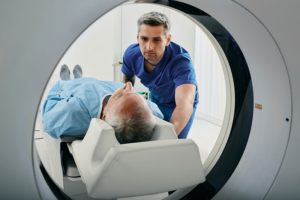 There’s often nothing “routine” about a routine checkup. You may arrive to your appointment perfectly fine, but leave with orders for blood work and other medical tests the doctor recommends to keep you as healthy as possible. These tests may be nothing more than a minor inconvenience for you, but for older adults, they can be challenging, for a number of reasons: transportation problems, mobility issues, thinner skin, fragile veins, cognitive difficulties, and more.

There are steps you can take to advocate for an older loved one to manage medical tests more easily. For instance:

How Can Home Care Help a Senior Who Needs Medical Tests?

An in-home caregiver from Generations at Home can:

Also, many people feel more comfortable receiving assistance for sensitive medical matters from a trained professional. Our caregivers are skilled in discreet and respectful support with personal care needs, allowing family members to step back and provide the senior with privacy.

Contact us at 727-940-3414 to arrange for the support needed for someone you love. We offer a free in-home consultation to help you understand your options, so call us today! 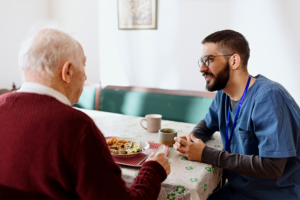 After the indulgence of the holiday season, many of us decide to cut back on our calorie consumption. But when an older adult refuses to eat altogether, or is making unbalanced or unhealthy dietary choices, it’s important to determine the cause behind this behavior, and to know how to help them get on track with healthier eating.

What Causes Changes in a Senior’s Eating Habits?

There are several key reasons an older adult may stop eating or start making poor dietary choices – and ways you can help overcome them:

Generations at Home is here for older adults struggling to maintain a healthy diet, for whatever reason. We can partner with you to ensure all the bases are covered in providing older adults with every opportunity to once again enjoy meals and establish improved eating habits. Call us at 727-940-3414 to find out how we can help.

Negative mood changes are a common response to several common, treatable health conditions impacting seniors, or could be a response to exasperation, pain, or confusion.

We all have good days and bad days, and we are all entitled to a bit of negative thinking or crankiness occasionally. If you are taking care of a loved one who appears to have fallen into a routine of ongoing complaining and negativity, however, it is worth exploring whether a health problem may be the culprit.

The following are several common reasons for ongoing negativity, and how you can help resolve mood changes in the elderly.

Negativity can arise from loneliness or boredom, too. Whatever the cause, persistent negativity can wear on a caregiver’s own sense of peace and wellbeing. It is important to enable yourself to step away from your caregiving role on a regular basis, and to make this time away a top priority. The older adult in your care will also benefit from the opportunity to spend time with different friends, family members, or a professional caregiver. These breaks are a healthy component of your caregiver/care receiver relationship – for both of you.

The professional caregivers at Generations at Home are excellent companions to help brighten the mood of the families we serve. All of our care staff are fully trained, background checked, and accomplished in a wide range of home care services for seniors. Contact us at 727-940-3414 to learn how we can help someone you love with elderly care in St. Pete Beach and the surrounding areas, while allowing you the time needed to rest and rejuvenate. 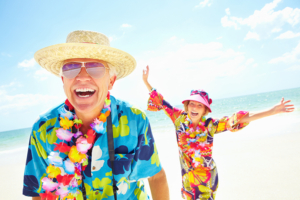 It has taken nearly 80 years and a variety of research studies to produce the result: a good genetic makeup and wealth really have very little to do with our degree of joy. The Harvard Study of Adult Development launched in 1938, looking into the lives of high-profile participants such as Ben Bradlee and John F. Kennedy. Over the years, it has been expanded to add inner-city residents along with offspring from the original Harvard elite, and the outcomes were unexpected, to say the least.

It was established that the most effective predictors of a long and happy life were not genetics, IQ, finances, fame, or social class but quite simply close relationships. Robert Waldinger, director of the research study and a psychiatrist at Massachusetts General Hospital as well as a professor of psychiatry at Harvard Medical School, shares, “The people who were the most satisfied in their relationships at age 50 were the healthiest at age 80. Loneliness kills. It’s as powerful as smoking or alcoholism.”

Psychiatrist George Vaillant, who spearheaded the study from 1972 until 2004, shared in his book “Aging Well: Surprising Guideposts to a Happier Life from the Landmark Harvard Study of Adult Development,” the factors that forecast healthy aging:

In a nutshell, self-care is crucial for senior health – both mentally and physically – and devoting time and effort to making your relationships the best they can be most certainly falls under that umbrella as well. As a matter of fact, subsequent scientific studies have uncovered that the satisfaction level men and women experience in their relationships is an even better determinant of what their physical health is likely to be later in life than physical factors like cholesterol levels.

The research also upended prior thinking that our personalities are set in stone by age 30. Many people who encountered difficulties in their early adult years enjoyed fulfilling later years, while others excelled early in life but ran into challenges in later years because of mental health issues and alcoholism.

The research study is ongoing, looking into its third and fourth generations, as researchers believe there is still more to understand, such as how to better regulate stress and whether a hard childhood makes a difference in middle age and later years.

Let Generations at Home’s compassionate caregivers help instill joy in an older adult’s life; reach out to us today! Our caregivers serve as friendly companions to engage in exercise, conversations, and enjoyable activities together, cultivating socialization and additional relational connections. You can reach us 24/7 at 727-940-3414 to arrange a complimentary in-home consultation to learn more.